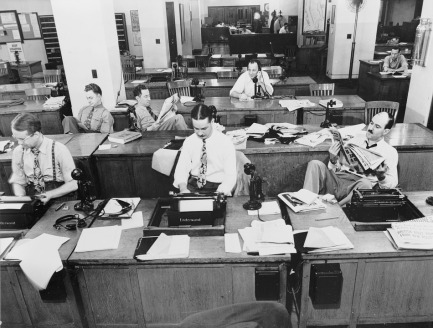 About twenty years ago, I was contacted by a young man who said he was a reporter for a newspaper in the town over. He wanted to interview me about my UFO experiences, particularly  my orange orb sighting.

I was attending the University at the time, and had been busy interviewing people about their UFO encounters as part of my folklore studies.  Word got around. So I wasn’t too surprised that this reporter contacted me. But for some reason, I get a weird feeling that something was odd about the whole thing whenever I think back on this. Something a bit MIB like about the experience.

We agreed to meet at a local Starbucks. He seemed very nice, polite. But also, a bit too … nerdy? Judgemental, I know. But too clean cut, too. . . just, out of place, almost, in his squeaky clean appearance. One thing I remember: his eyes. Round and shining blue. Very open to whatever I had to say, which was fine, but he kept asking questions. Questions. More questions. Of course that’s what he would do — it was an interview. But it just seemed a bit off, or something. One of those uneasy, nebulous feelings that doesn’t seem logical. Yet the uncomfortable thought that something was off lingers.

I never thought to ask him how he got a hold of me; how he got my contact info, etc. It could be I knew at one time; maybe he did mention how he found me. But I don’t recall.

He told me he was going to submit the interview to his editor, and let me know the status. I never heard from him. No such article appeared; his name never appeared anywhere, and, when I called the paper, they didn’t know who I was talking about.

Either a perfectly innocent encounter: young student (was he? not sure) who flaked out a bit, or got busy with other things, the newspaper simply rejected the article, things happen. Or, something a little stranger.

For years after the orange orb sighting, weird things did happen. Many more sightings. Synchronicities. Psychic experiences. Off the wall encounters  Over time, these experiences have lessened, but they still continue.

(I recently mentioned to Tim Beckley on his podcast that I wonder if some of this slow down in the realm of the weird has to do with either age, or gender; post-menopausal, maybe? But then, what would be the reason for that? )

The point is, some memories related to UFO experiences contain an element of unease. A nagging feeling there is more, a something else, that escapes us.

Fortean explorer, UFO and paranormal witness many times over, writer, wrote for UFO Magazine, and many on line publications. Articles have appeared in Darklore Journal, many of Tim Beckley's Global Communications books. Manage several blogs dedicated to UFO and paranormal research, including Bigfoot and Mothman.